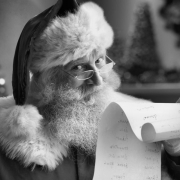 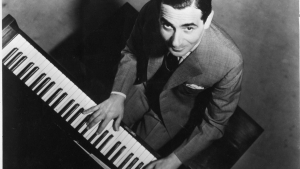 Tens of thousands of votes have been received for the 2020 Class of the Christmas Hall of Fame as of September 1st, 2020. Hundreds of nominations for the class of 2021 have likewise been received. Voting and nominations will close for this year on November 25th, 2020.

Our goal for the first year was to receive 50,000 votes at a minimum before closing the vote. If current voting trends hold up, we expect to pass that sometime in the next few weeks.

It is hoped now that 100,000 votes can be received before the deadline.

The voting results will not be revealed until Thanksgiving Day. By design, the criteria of voting for this first year will likely limit the inaugural class of inductees to just one or two individuals.

~ Votes Received Reflect the Will of Christmas Lovers ~ 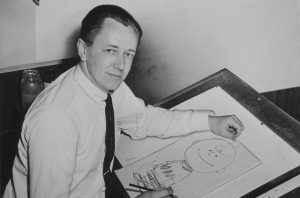 Charles Schulz has received thousands of votes for induction this year.

The purpose of this first year of voting has already been met: we have wanted to build awareness of the Christmas Hall of Fame, to seek out thousands of votes and nominations, and to set up a process whereby enthusiasts of Christmas can recognize their favorites.

Ironically, the success of this first year has been built by the availability of fans to pay attention to Christmas out-of-season. Due to the global pandemic people everywhere have been seeking out Christmas from websites, radio stations, social media, podcasts, and other channels which has built awareness.

Christmas-in-July was especially fruitful, accounting for more than 36 percent of the vote total received for the year. We believe the increased interest in Christmas during the months of September through November will likewise improve vote totals.

We ask for continued efforts to bring fans of Christmas to the vote. Almost any venue can become a partner of the Christmas Hall of Fame.

We ask for your continued mention of the Hall of Fame in your podcasts, articles, radio shows, tweets and social media posts. The more fans we have voting the stronger the results will be. We want nobody left out.

If you have featured the Christmas Hall of Fame, please let us know. We will gladly acknowledge it.

Additionally, we have staff available for interviews and question-and-answer sessions at any time. The more we can do to spread the word of the vote, the better. 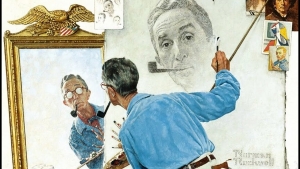 American illustrator Norman Rockwell has also been nominated for the Christmas Hall of Fame 2021.

We emphasize, in this election year, that we have a happy ballot — one that cannot be construed as stressful or controversial!

Votes received reflect different kinds of thinking from Hall of Fame voters so far. Some are choosing to vote for only one individual, while others are casting votes for several. We remind you that it is up to you. Vote for as many are on the ballot. Some have even voted for everyone on the ballot. And that’s okay. At the end of the day, it is the total number of votes overall that counts.

We are excited for the coming days of voting and of announcement for this year’s results.

We have been encouraged by the number of nominations received in all categories and can promise a much more comprehensive vote for 2021. We consider this the most exciting part of this first year’s vote because it represents the will of Christmas lovers everywhere. We have among our class of 2021 nominees classic American songwriter Irving Berlin, artist Norman Rockwell and England’s Queen Victoria.

Don’t forget that the Christmas Hall of Fame is not limited to just people. We have received hundreds of nominations for songs, books, movies and even places that will be on the ballot in 2021. Nominations for next year are still open and you can nominate a person, place or thing at this link.

The nominated class of 2020 was based on a survey of roughly 5000 people. The class of 2021 will have the input of 20 times that. We believe that is valuable and needful in moving forward.

We remind you that the Christmas Hall of Fame is open to all opinions and even blatant campaigning for any nominee. If you would like to submit a guest post in support (or against) any particular nominee, please submit an article. We would love to hear your voice!

As a reminder, you will need to register in order to vote or nominate. This is a critical step in maintaining the integrity of the voting and nomination process. Also as a reminder, the Christmas Hall of Fame is a not-for-profit venture. We do not sell or share your information as we collect it for site usage or newsletter distribution. Please see our privacy policy for more details. Your information is secure.

The fun of the Christmas Hall of Fame is just beginning. Please join us in spreading the word and inviting others to participate.