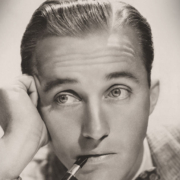 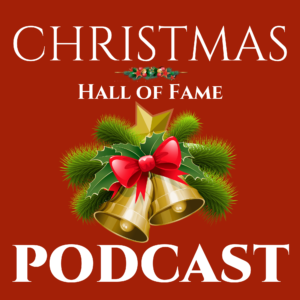 Bing Crosby was the biggest name in Christmas and in music in the 20th century — hands down. Others will argue it might have been Elvis or Frank Sinatra or Johnny Cash or someone else. And they would be completely wrong. Bing was the one everyone else imitated.

Crosby’s story is classically American. He was a typical American kid born of middle-class folks in small-town Spokane, Washington who rose to fame due to the blessed talent of golden pipes. He came along during the emerging media technology of radio. He transitioned from radio to film and then to television.

The story of his fame as an artist is marked by many things but it is his Christmas creations that keep him remembered.

In a way, that is kind of a shame. Crosby’s talents were far more than that of just a singer. He was an innovator in the use of technology. He invented the laugh track. He pioneered the art of over-dubbing, the harnessing of recordings that allowed a singer to harmonize with himself — a technique that artists still widely use today in their recordings.

Crosby was a performer and he for years had to grapple with producers and networks over the quality of what he considered his product – himself. Long before Elvis slung a guitar low on his hips or Sinatra crooned into a microphone it was Crosby who showed them how to do that. Crosby fought the battles of corporate media to get them to see that the nuanced visuals of musical performing were critical to ultimate success.

But nothing was more important than the music. Crosby had to fight them continually on the “bigger picture” of how it all came together. There is a famous story of an epic battle waged with a producer who was more concerned with his toupee than with the song being performed. Crosby had to remind him that the listening radio audience was never going to see the hair piece.

These days, nearly fifty years since his passing, Bing is remembered for the song White Christmas. And well he should be. White Christmas continues to be the biggest selling single of all time and the defacto anthem of Christmas. No other song comes close to being performed or records as much by other artists as White Christmas. The song, of course, we spun into a movie starring — who else? — Bing Crosby.

The transition of Bing Crosby the radio star and recording artist into the Academy Award winning actor seemed to happen seamlessly. That transition was build on the fame that cast Bing Crosby as a trusted source. In an era with historical figures of politics and war looming large it was artist Bing Crosby who for well over a decade following World War II was the most trusted man in America.

Crosby also gets little recognition for his business savvy. He invested his riches in new technologies and in industries far away from his specialty. He was a huge name in horse racing, in golf and he helped to pioneer the frozen orange juice industry.

Crosby was ever forward-looking in his artistry. As he passed his prime he wisely embraced the idea of working with emerging artists. He partnered famously with Bob Hope, Frank Sinatra, and Elvis Presley. As he transitioned again from film into television he worked with stars ranging from Glen Campbell to Johnny Cash to Jose Feliciano to David Bowie — never letting his style outshine their own. The result is a catalog of beautiful and unmatched collaborations.

Christmas was a staple for Crosby and America seemed to celebrate the traditions of Christmas through Bing’s television specials of the 1960s and 1970s.

In all, Crosby’s career followed the arc of emerging media technology of the 20th century — from the early days of radio to the cable era of television.

His was a remarkable run that spanned better than half a century that forever connected him to Christmas.