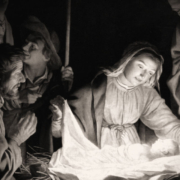 Pursuant to the rules, only those who capture the top 5% of the vote will be inducted. With such a small inaugural class the chances of there being more than one inductee were kind of small. In fact, after all was tallied, only one of this outstanding class achieved induction this year. 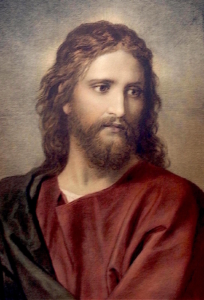 This is not a surprise result. Christmas is so named after Jesus Christ.

Most know the story of Jesus based on the accounts of his birth, ministry, death and resurrection as documented in the Holy Bible. Jesus was born of young parents, Joseph and Mary, after a series of miraculous events and spiritual manifestations.

His coming was predicted, as documented in the Old Testament of the Holy Bible, centuries before he was born.

The Prophet Isaiah foretold his coming with the familiar words “For unto us a Child is born”, correctly prophesying the location of Bethlehem as his birthplace. Isaiah lived some 700+ years before the birth of Christ and was frequently quoted by Jesus in the New Testament during his ministry.

The Nativity, or the birth of Christ, tells the story of Joseph and Mary’s courtship and the miraculous pregnancy that occurred. Both Mary and Joseph were visited by angels in their call to a special mission of bringing the birth of Christ about. It was only because of this kind of divine intervention that the prophecies of a Promised Messiah could be brought to pass.

In an event replayed even today on stages large and small, Joseph and Mary travel while she is “great with child” to their ancestral city of Bethlehem, where Jesus is born. On that night, sometimes called the first Christmas, Jesus was born in a lowly setting in the city of Bethlehem.

Jesus came to be called Jesus Christ. “Christ” is not a name, however, it is a title. The word Christ means “Anointed One”, meaning someone who was set apart for a special purpose “before the world was formed”, as Jesus himself said in his famous intercessory prayer in the Book of John. His ministry did not begin until he was of the age of 30 and it lasted just three years. His ministry is sometimes referred to as “The Greatest Story Ever Told” and include a number of miracles witnessed by many.

Jesus was known by many names including Jesus of Nazareth, The Carpenter’s Son, the Holy One of Israel, the First Begotten of the Father, the Way, the Truth and the Life, and the Light of the World, amongst others.

Jesus was crucified by the Jews under the command of the Roman Empire. The Bible documents that “he is risen” after he laid in the Garden Tomb for three days. There are dozens of witnesses of the Risen Christ as he walked, talked and dined with disciples after death.

Christmas began as means of remembering his life and mission. This did not happen for several centuries after his mortal mission.

While the history of Christmas is a convoluted and debated topic the individual central to its celebration is not — it is clearly Jesus of Nazareth, the Savior of the World.

Voting for the Christmas Hall of Fame was designed to yield a small result. The intent of the Hall of Fame is to make certain the votes are determined by the fans and the fans of Christmas alone. It is not decided by journalists, religious authorities or scholars who claim expertise. It is decided by those who celebrate Christmas.

Only one other candidate, Santa Claus, approached the levels of votes gained by Jesus Christ. He fell short by about 8 percentage points, perhaps an indication of his potential electability in the next vote.

However, in setting up the Christmas Hall of Fame, we knew the year 2020 would not only yield a small number of inductees but would also serve up a large class of nominees for the 2021 vote.

That list, which is extensive compared to the list of 2020 nominees, will be released shortly and voting for 2021 will commence.

Scrooge is Getting Votes for the Christmas Hall of Fame