Charles Dickens is one of the superstars of Christmas. As the author of A Christmas Carol his memory extends far beyond his lifetime. He is nominated for the inaugural class of the Christmas Hall of Fame. Click here to vote.

Born the second of eight children, Dickens seemed to have a fairly normal childhood until the age of 12, when his father was sent to debtors’ prison. Young Charles was thrust into a life of unsettled living conditions tempered by having to work in a boot blacking operation. The experiences of his teen years and the people he knew during these formative times were reflected frequently in his published works of later years.

Dickens began his writing career as a political journalist, having been hired by an uncle. His works of this time were later published in a collection titled Sketches by Boz. As Dickens moved among the literary circles of London his status improved with each passing opportunity. The Pickwick Papers was a series of fictional sketches written by Dickens that eventually gained enough popularity that his name became well known.

He became editor of Bentley’s Miscellany in 1836 and began producing installments of Oliver Twist. It became the first ever Victorian novel with a child protagonist and it spread Dicken’s fame even further. Dickens married in 1836 and with his wife started his large family in 1837.

Meanwhile he continued to write, producing the now classic stories of Nicholas Nickleby, The Old Curiosity Shop and others. An 1842 trip to the United States caused him to write American Notes for General Circulation, in which he powerfully condemned slavery.

In 1843, at perhaps one of the greatest high points of his career, Dickens produced A Christmas Carol (followed by two other Christmas-themed stories in The Chimes in 1844 and The Cricket on the Hearth in 1845).

The story of the creation of A Christmas Carol has twisted the perception of both Dickens and the history of Christmas. Perverted by the likes of The Man Who Invented Christmas by Les Standiford, and a fictional 2017 movie based loosely on the book by Standiford, many believe that Dickens wrote the story out of a career that had hit the breaks during a time when Christmas was all but dead in England and around the world.

Both notions are quite false.

Dickens was wildly popular and successful – A Christmas Carol only made him more so. The first edition, which he self-published, sold out in five days. It was subsequently re-published in more than 13 additional runs.

Christmas was enjoying a rush in popularity around the world at the time of the publishing of A Christmas Carol due to a variety of factors.

Technological improvements in media distribution internationally led to not only widespread adoption of growing trends with Christmas trees and Christmas cards but also to the popularity of works such as A Christmas Carol.

Just as Christmas movies and music would enjoy a golden era 100 years later due to the 2nd world war the 1840s were a time of surging popularity in Christmas. A Christmas Carol came along at just the right time.

In America it was an era when writers were pop culture superstars. Washington Irving, Edgar Allen Poe, Henry Wadsworth Longfellow, Walt Whitman and others were just some of the big names of entertainment and literature. Dickens was just one of several British authors to enjoy popularity in America.

The Dickens’ creation of A Christmas Carol did come at a time of professional turmoil.

He was engaged in a dispute with his publisher and due to threats of reduced income Dickens decided to self-publish A Christmas Carol.

Produced over six weeks the work took a lot out of Dickens. He would walk the streets of London for hours at a time at night as he mulled the story over and over in his head. His sister-in-law once wrote that Dickens “wept, and laughed, and wept again…” as he created the story.

A 1843 London newspaper review of A Christmas Carol

The book was an instant sensation. One critic in London notes its “gentle spirit of humanity”.  While the name of Dickens alone was good enough to fuel considerable interest in the book the general positive reviews and the fact that young Queen Victoria was a Dickens fan didn’t hurt. In addition, all things Christmas were definitely in vogue in England of 1843.

A Christmas Carol never lost steam. In America, the story was solidly received. For years afterwards the story was reprinted in part in newspapers, adapted for stage plays and musicals, and was performed by readings in libraries and public stages, sometimes even by Dickens himself.

In the years after its first publication it sold millions of copies and has remained wildly popular after the death of Charles Dickens.

From 1844 – the first year after it was published – the story was adapted for stage and has appear all over the world. To this day many communities annually produce A Christmas Carol during the holiday season to packed crowds.

The story did give rise to the popularity of the phrases “Merry Christmas” and “Bah humbug!”.

It was first produced for film in 1901 and has since been re-adapted in major Hollywood studio releases in 1913, 1935, 1938, 1951, 1970, 1988, 1992, and 2009. It has also been released independently on film or for television literally hundreds of times. It has likewise been adapted for radio, animated files, cable television and video release in all formats. Recordings, both musical and voice, have been commercial released. It has even been released as a ballet, a comic strip, a graphic novel (several times) and even in video games.

Dickens wrote a great many substantial works but none are remembered like A Christmas Carol.

But the review of the time and since have nearly universally exclaimed A Christmas Carol as a staple of the season and it’s author a Christmas immortal. 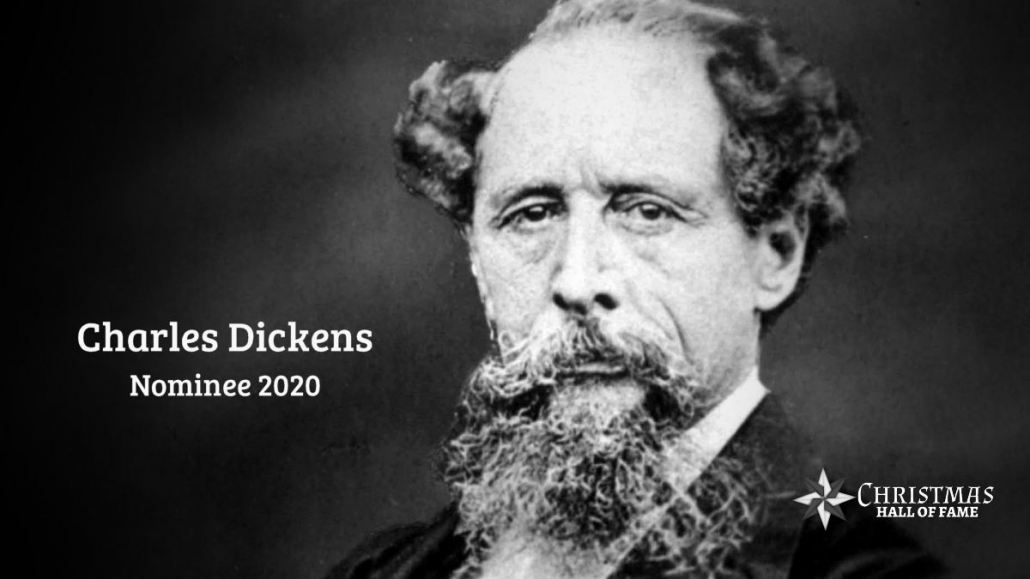 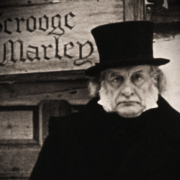 Tens of Thousands of Votes Received
Scroll to top